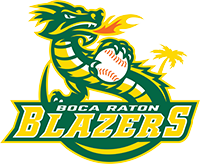 Rudy Garbalosa was named skipper of the Lynn University baseball team on September 1, 2000, becoming the eighth head coach in program history. The program’s all-time winningest coach, he added much more to his legacy in 2009 when he guided the Fighting Knights to their first NCAA Division II National Championship and the school’s 19th overall. Garbalosa holds an all-time record of 569-428-2 (.566) and 219-232-1 (.485) in Sunshine State Conference play. Prior to him being named head coach, he served two years as an assistant under former mentor Greg Kilby.

Garbalosa has 10 of the program’s 30-win seasons since the program’s inception in 1984 and qualified for the NCAA Tournament five times. The man known as “Garbs” has presided over six Sunshine State Conference Player-of-the-Year selections, 50 All-SSC and 57 All-South Region selections and 12 All-Americans.

Lynn’s baseball program his hit several milestones under his direction, including winning the 500, 600, 700, 800 and 900 games in school history, making the first NCAA Tournament appearance, winning first NCAA Tournament game, and first national championship. And, in 2014, the Fighting Knights became the first team in the SSC’s illustrious history to have three consecutive Player of the Year recipients.

Garbalosa guided the Blue & White to their fourth NCAA South Regional in 2014 where they also earned the highest seed in school history (No. 2). This was the second postseason appearance in three years as Lynn also reached the NCAA Tournament in 2012 when they posted 35 victories and a program-best 16 victories in SSC play. That year Garbalosa collected his first SSC Coach of the Year award while Anthony Boza became the first player to be named South Region Player of the Year in four publications.

The 2009 season was special from the start as the Blue & White boasted 14 seniors. Lynn shattered 15 records under the direction of Garbalosa, including posting a school mark of 46-16 overall. The Knights became the first team since Tampa in 2006 to go undefeated through NCAA regional and national play while going 25-7 against teams that were nationally ranked. In addition, the ABCA/Rawlings National Coach of the Year oversaw the development of SSC Pitcher and Male Student-Athlete of the Year Dan Wright, who lead the NCAA in victories with 15, as well as Kansas City Royals draftee Gabe MacDougall.

Boasting one the top offenses the program has ever seen in 2008, Garbalosa watched as his team mashed a school record 83 home runs while scoring 425 runs, second most at Lynn. The defense also soared to new heights as it committed the fewest errors (78) and recorded the best fielding percentage (.960) in the Knights history. Adding icing to the cake was Lynn finishing first in the nation in double-plays per game (1.15) for the second time under his watch.

In 2007 he posted a third consecutive winning record (32-24) and narrowly missed a return trip to the NCAA South Regional Tournament. The Fighting Knights had many positives through the season, including winning their first SSC series against two-time defending NCAA Division II National Champions Tampa, earning a program-tying five SSC Players of the Week and having Nicolas Boisvert named the program’s first Rawlings/ABCA and Daktronics First Team All-American.

Always known for its stellar defense, Lynn finished fourth in the nation in double-plays per game (1.09), marking the second consecutive year it finished in the top-five.

Although the record was consistent with year’s past, 2006 proved to be Garbalosa’s most successful season as he led the Fighting Knights to their first ever NCAA post-season appearance and victory, a 12-7 win against Albany State.

In 2003, Garbalosa led the Knights to 35 wins and 13 SSC wins, the highest totals since 1996 when the team won 41 games. The 13 wins set a then-program record for the most conference wins in a season.

A 1990 Long Beach State graduate with a degree in mathematics, Garbalosa lettered with the 49ers for three seasons as a second baseman. The Los Angeles-area native began coaching right away, serving as the head coach at his alma mater, Bishop Montgomery (Calif.) High School for four seasons before becoming a Division I assistant at Loyola Marymount. There, he spent two seasons as the Lions’ third base coach and academic advisor.

Garbalosa moved to El Camino (Calif.) College in 1997 where he spent one season as the top assistant coach for the Warriors. The 36-year old Garbalosa then relocated to the east coast, serving as the head coach at LaSalle High School (Miami, Fla.) before coming to Lynn in July 1998. After two seasons as the Knights’ recruiting coordinator he was named head coach when Kilby departed to become an assistant at Maryland.

During the past six seasons, Garbalosa has served as the South Region Chairman for the American Baseball Coaches Association All-American Committee and most recently was named the national chair for the ABCA All-America Committee.

Born Rudy Garbalosa on September 26, 1967 in Los Angeles, he is married to the former Cristina Cuevas. The Garbalosa family includes son Luis and daughter Natalie and resides in Boca Raton. In his spare time, he enjoys playing golf and reading.